a film by Thierry Lorenzi 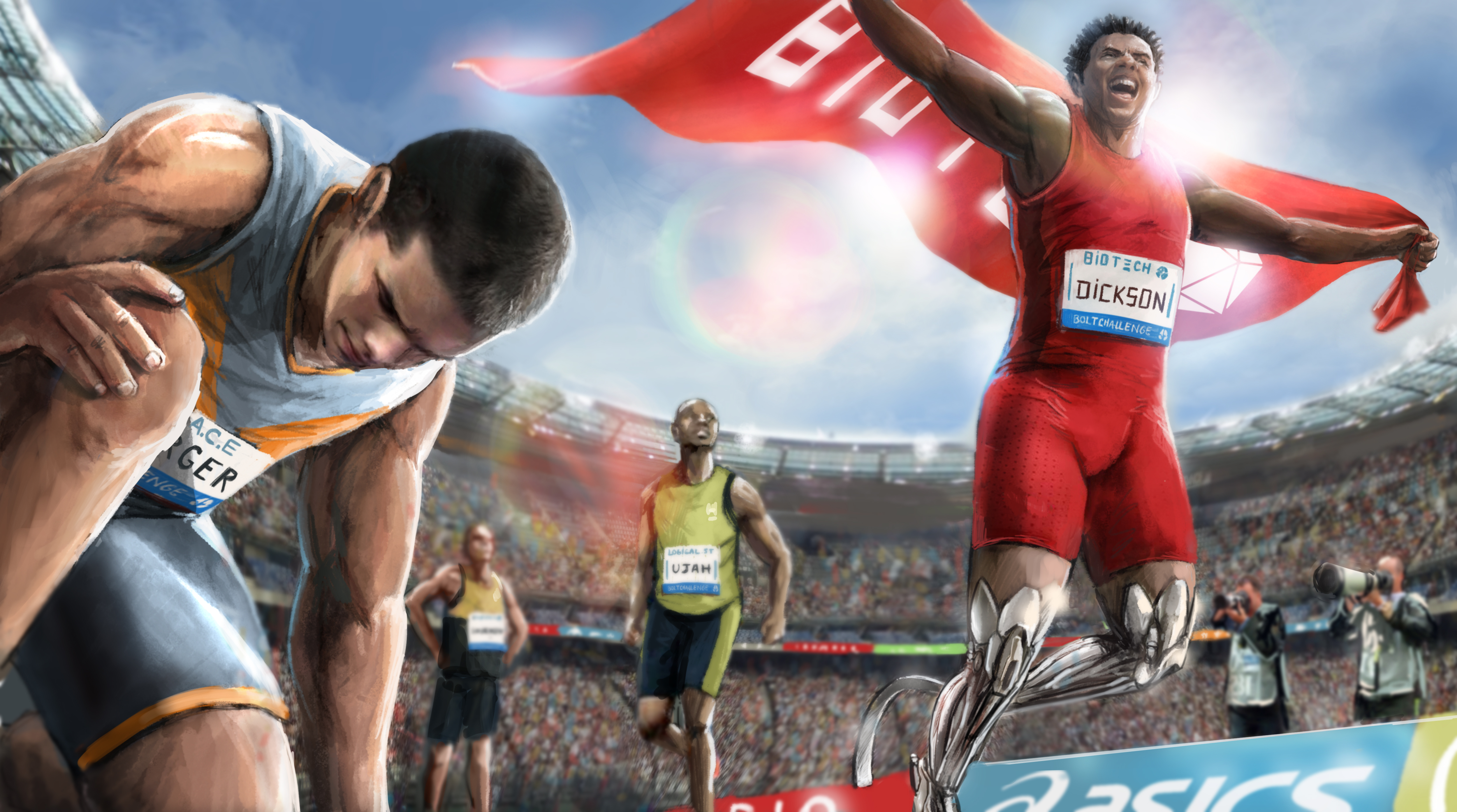 The near future. Despite years of training and sacrifices, a disabled athlete wearing revolutionary prosthetic limbs beats Killian, a young athletic champion, at the world championships… This unexpected victory marks the beginning of a new era: from now on, the “enhanced” are far more efficient than the “functional” … But Killian wants his revenge. In order to beat his rival and claim back his title, he’s now ready to do anything. Including becoming himself, “enhanced ». In order to save his grandmother and also fulfill his passion, Kilian makes the decision to accept the surgery. He will struggle a lot to make his come-back a successful reality. But there is another price to pay. While approaching the final race, Killian will be hit by fatal issues, but maybe, in some way, has he found himself also as a kind of achievement.